Ending homelessness, rebuilding lives
Are you sleeping rough or in a housing crisis? Seen a homeless person who needs us?

After suffering a divorce and ending up in a psych ward, Rah and their cat Harvey found themselves left with nowhere to go. Most homeless services don’t accept pets. But luckily, the council put Rah in touch with St Mungo’s, where both were given a home in one of our hostels.

“If I had to separate from Harvey I would find it really hard. I don’t know what I would do in that situation; it would be really difficult.

Harvey and I are happy here. She loves having people around and doesn’t like being by herself. When I lived on my own she’d always get sad if I was out."

Spotlight on Putting Down Roots

Matt Woodruff, Horticulture Skills Manager, shares his work supporting St Mungo’s clients through Putting Down Roots. Putting Down Roots is a horticultural therapy and training project, using gardening as a tool to help people in their recovery.

"It establishes a routine by asking participants to commit to attending regular sessions, and taking responsibility in caring for plants. 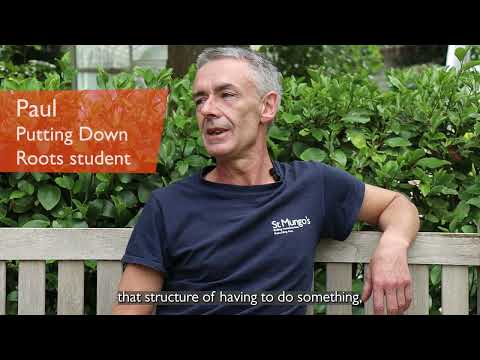 The passion of a freelance gardener: Oriana's story

Many LGBTQIA+ people still experience discrimination and bigotry and this can have an effect on home environments. This can result in them needing to leave home, sometimes without anywhere to go.

Head of Quality, Safeguarding and Complaints

What is 'Floating Support'? Floating support is provided to people who are already living independently in their o… https://t.co/V4mYDSREUn

We're hiring: We have some exciting opportunities to join our growing Hammersmith and Fulham Housing Pathway. Do y… https://t.co/2bePKbCmMn